How Police Leaders Should Respond to Calls for Transparency and Accountability

How Police Leaders Should Respond to Calls for Transparency and Accountability

Police transparency is coming, like it or not. The cry for a different relationship between police forces and the people they protect is growing louder. Every time there is an officer involved in a shooting or an incident that makes the national news, the cry grows louder.

Most recently, the House of Representatives passed the George Floyd Justice in Policing Act. According to the Washington Post, the legislation would ban chokeholds, end racial and religious profiling, establish a national database to track police misconduct and prohibit certain no-knock warrants. It also contains several provisions that would make it easier to hold officers accountable for misconduct in civil and criminal court. One proposal long sought by civil rights advocates would change “qualified immunity,” the legal doctrine that shields officers from lawsuits, by lowering the bar for plaintiffs to sue officers for alleged civil rights violations.

The arguments for transparency and accountability have some weight, with Rep. Karen Bass (D-Calif.) indicating, “A profession where you have the power to kill should be a profession that requires highly trained officers who are accountable to the public.” It also has support from the White House, “To make our communities safer, we must begin by rebuilding trust between law enforcement and the people they are entrusted to serve and protect.”

As a leader in policing, what can and should within this sea change in the public environment, while focusing on the job of protecting the public? There are a few moves that make sense.

Move #1: Give the Public Full Transparency

Policing has been able to manage its data inside the community with limited external data sharing or transparency. That era is coming to an end. The level of transparency in all areas of society is increasing, from buying to a home or a car to credit reports and more. The public has been trained to expect and demand higher levels of transparency and policing is no different. There is an opportunity to be an early mover and gain equity with the community for a forward-thinking approach. The other option is to wait for the waves of transparency to crash on your shores, and then respond. That strategy has risk if the political calls get ahead of your shift in approach.

The best move is to make your data accessible to the public in a way that is easy for them to understand. That means sharing your data on citations, arrests, use of force, and complaints to name a few. But more importantly, sharing that data with demographics. It needs to be in the could, accessible on any device and in easy-to-understand charts and graphs.

Move #2: Protect Yourself and Your Officers with Data

The potential elimination of qualified immunity is a profound change to the policing environment and potentially has a chilling impact on the ability to protect the public. While this element of the legislation might not succeed, the risk to leaders and officers for criminal and civil exposure is increasing. Certainly, one element of protection is to follow the standards as much as possible but capturing the field data and retaining is another. Some departments with archaic paper-based systems will be at risk here due to an inability to gather the needed data to mount a proper defense of their policing. It is time to modernize and digitize the records processes to protect everyone involved.

This effort has a big upside as well. By collecting digital forms, it will save your officers significant time. And that means more time for doing what they do best—policing.

Training and following correct process is a critical element to protecting leaders and officers, but that means early intervention is needed for officers that are out of date on training, move up the force continuum too quickly or gather excessive citizen complaints. Leaders need to be able to gather those data points and identify officers in need of intervention and training to make them safe on the streets. This intervention and retraining can potentially prevent an incident before it happens.

The key here is to have your data system intelligently identify for you these at-risk behaviors so that you can be proactive in this effort. 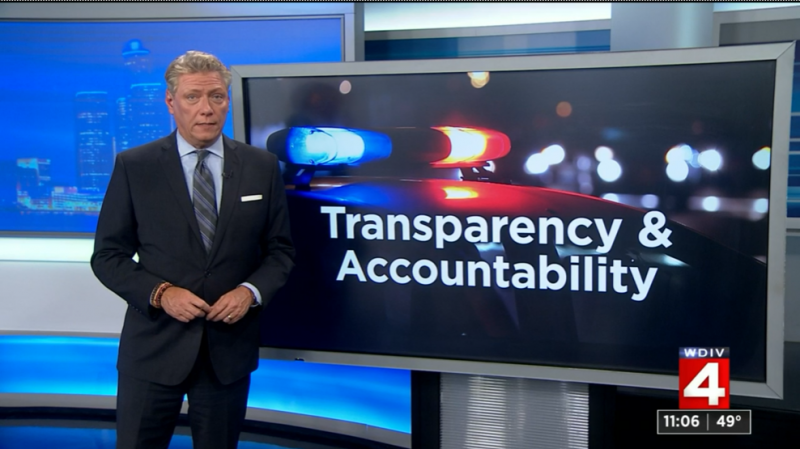 Transparency and Accountability are a Must Have

The environment in which policing happens is changing. Transparency and accountability to the community are shifting to levels unseen before. Some of the elements of success in this new world are embracing the transparency, implementing information systems that protect leaders and officers with data and using those same systems to intervene early on officers at risk.